The walk into the piggery that cold winter night was like a trip to a house of horrors. A fox could be seen scampering off into the shadows as the Animal Liberation Victoria rescue team approached the huge, dark mountain ahead of them. When they reached the dead pile a respectful silence fell over the group. The sight of mothers and babies dumped in a heap like garbage was a tragic reminder of one of the many hidden consequences of animal agriculture. A moment was taken to document the atrocity and silent promises were made to those whose lives meant less than the bottom line. But the dead are dead, their cries have been silenced, with heavy hearts the group moved on towards the cries of the living. 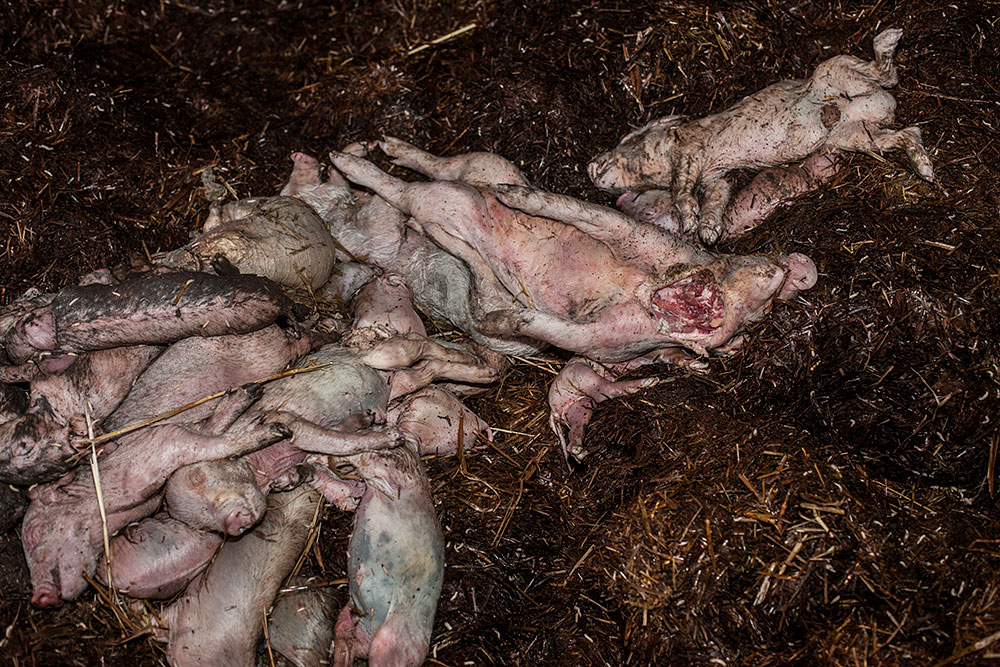 The dead pile, where the pigs that don’t survive the RSPCA Approved Eco Shelters are left to rot

The living that night whose chance of escape had come were two baby boys, Little Noah and Neo, the luckiest little piglets you will ever meet.

The rescue team found Neo in the piggery “sick bay” with the tell-tale spray painted markings that indicated he would soon be killed. His spine was grossly deformed, twisting his head on an almost 45 degree angle, forcing him to look at the world sideways. Little Noah was in one of the Eco Shelters, dwarfed by his fellow inmates he was being knocked to the ground and trampled continuously. His spine was also severely deformed and he struggled to breath. A day away from being no more than waste on a dead pile, both piglets were scooped up into loving arms and their journey to freedom began. Their second chance had arrived. 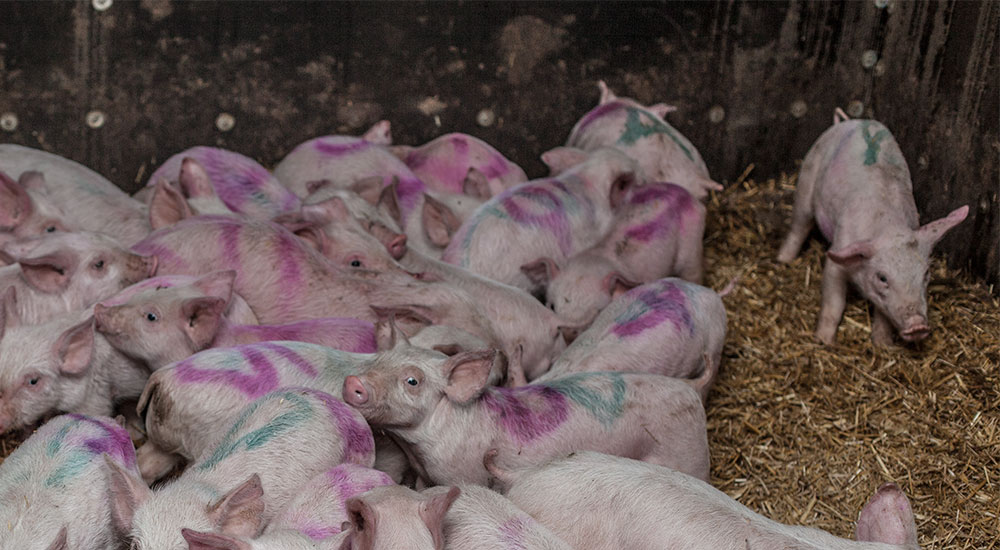 The sick bay from which Neo was rescued

As the rescuers headed down the driveway for the rendezvous point, unexpected headlights lit up the cold darkness and a car sped towards them. A mad dash to escape was made through a fence and across a paddock. In the panic the piglets started to squeal. More headlights could be seen and male voices could be heard across the night air, demanding the rescuers return the pigs. The rescuers put their heads down and carried on, knowing that the piglets lives were literally in their hands.

An urgent phone call soon told the rescuers that their ride was gone. The driver had been arrested while traveling on a public road and was being questioned by police. Marooned in the middle of a vast expanse of night with two vulnerable lives the situation was bleak. It was not long before the lights of police cars filled the night sky. Fortunately the piglets stopped squealing and the rescuers made the decision to lay down in the long grass and wait it out. A flurry of search lights and voices surrounded them, their breath caught each time the lights swept the grass around them. Whether you believe in miracles or not, what happened that night was nothing short of miraculous. Hidden in the long, wet grass, bathed in moonlight, the piglets fell asleep in the arms of their rescuers, their location remaining a secret, their lives saved.

After three long hours when the lights and voices had finally disappeared the piglets’ third chance appeared. Exhausted and sodden the party made a final dash to the warm rescue vehicle that arrived with the breaking of dawn. Tears fell as they moved off towards the sunrise, as luck would have it, the sunrise that would mark Little Noah and Neo’s first day of freedom. 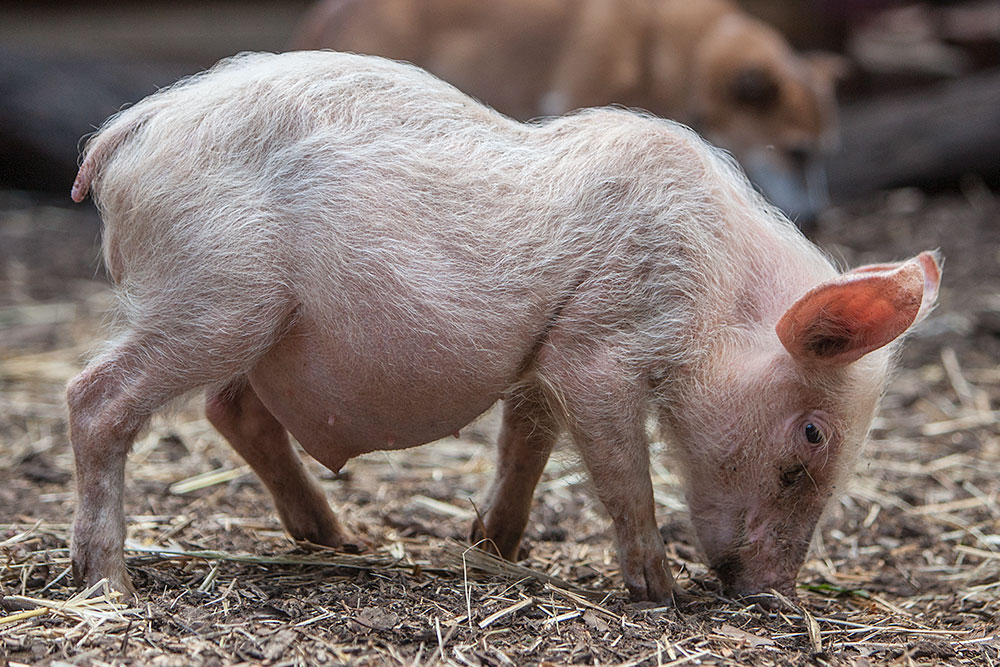 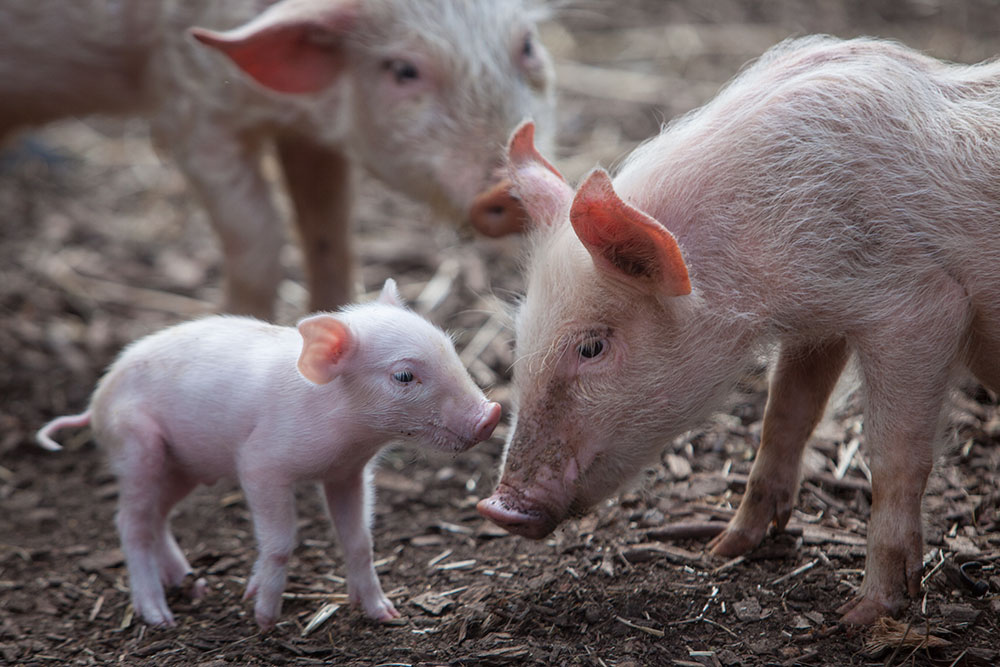 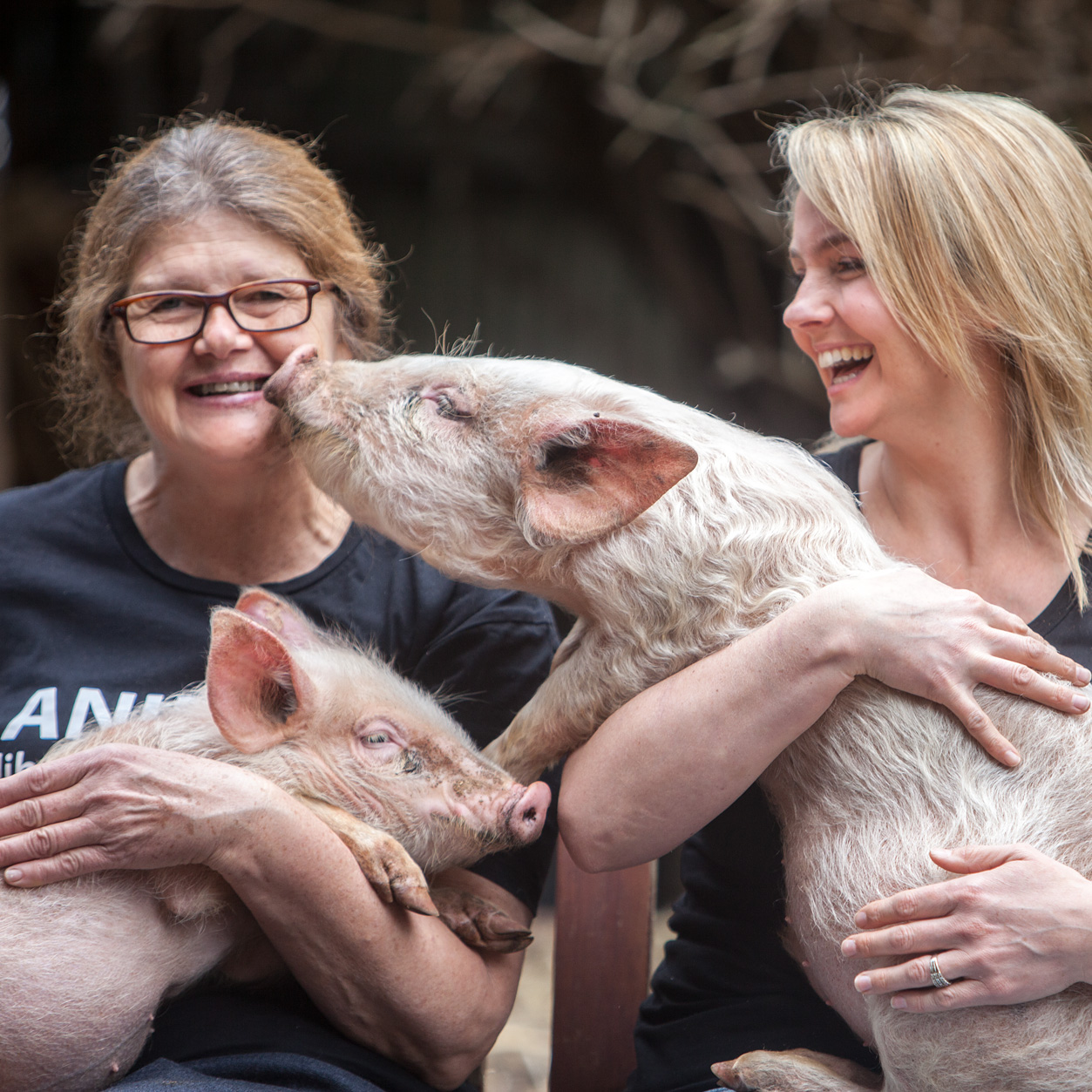 Noah and Neo, loving life with two of their rescuers