The “sick bay” was a sick bay by name only. The forty or so piglets contained in the small shed were not being treated for any of their obvious signs of illness or injury. They were simply in a holding pattern, waiting unknowingly for their lives to end. Spray painted markings on their little bodies told of when their deaths would come.

The rescue team walked slowly through the damp straw, scanning every inch of the shed for those most in need; a decision never made without heartache… heartbreak. A careful foot gently nudged a lifeless body under the wet, stale straw and a sad, silent rescuer knelt down to uncover a dead piglet.

As the piglet was lifted from his grave an almost inaudible sound escaped his lips. Was it just gas leaving his already decomposing body? The rescuer ran her hands across his skeletal frame and felt the slightest rise of his chest. The piglet was alive. Never before had the rescuer seen a piglet so thin and yet still breathing. His eyes were sealed shut with faeces and mud. The blind, barely living piglet was then carried away, across ditches and fields and electric fences, to the warmth of a car, hidden in the scrub. 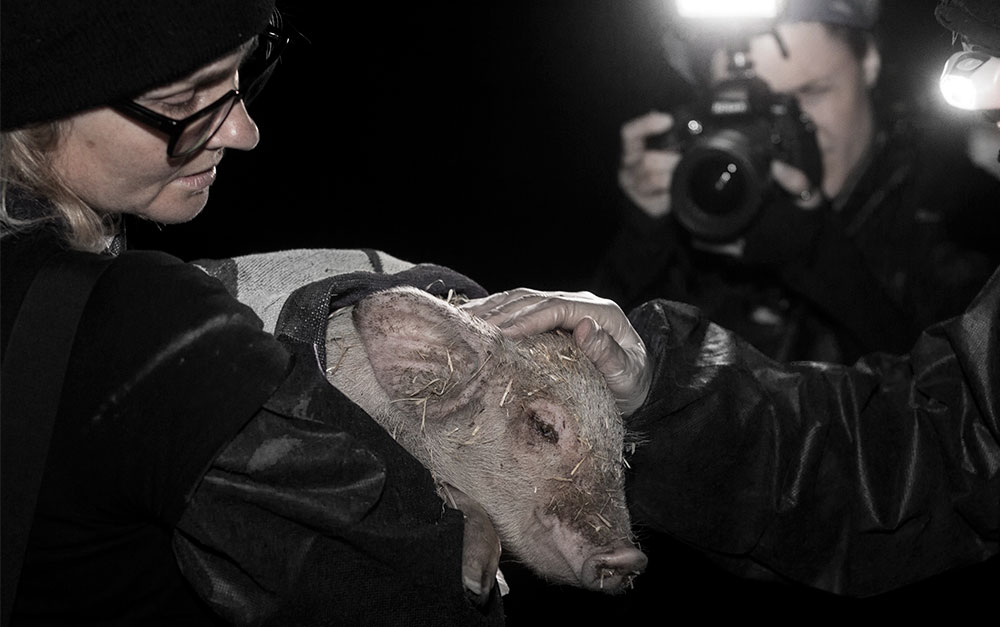 Shmuel being rescued from an RSPCA approved pig farm

Sunrise showed the full extent of the piglet’s condition. Not only was he nothing more than skin and bones, he was terribly deformed. Scoliosis of the spine meant he could not lift his nose more than a centimetre or two from the ground. He was also suffering from a respiratory infection that caused him to struggle with each breath. Immediately he was started on what was hoped to be life saving medications and was given tiny amounts of food around the clock, to allow his body to learn again to accept sustenance.

His eyes were tenderly washed; his sight restored. Sadly there was no spark of will, of defiance; the little piglet’s spirit was crushed. But he did love cuddles, and wrapped up in a blanket would rest his head against whoever would hold him for as long as they could hold him. He would soak up any affection there was to be had, and of course there was much affection to be offered. 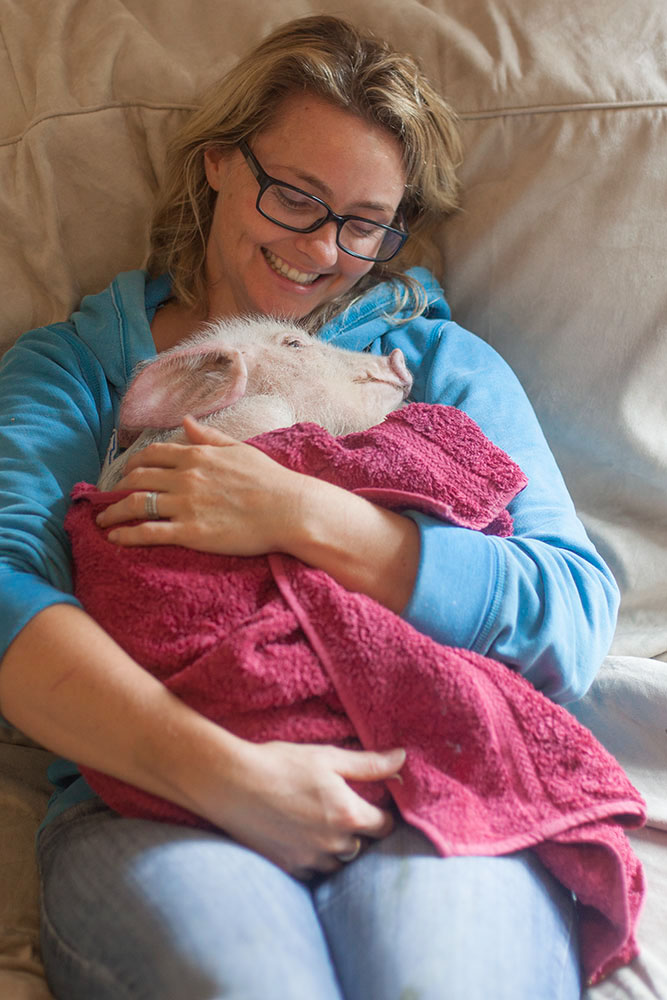 This story does not have a happy ending. The little piglet died one morning shortly after his rescue. He took his last breath as his carer brought his breakfast to him. She desperately tried to save him, blowing air from her lips to his and pleading with him to keep trying, but he was gone. He was gone and the carer cried.

His name was Shmuel. 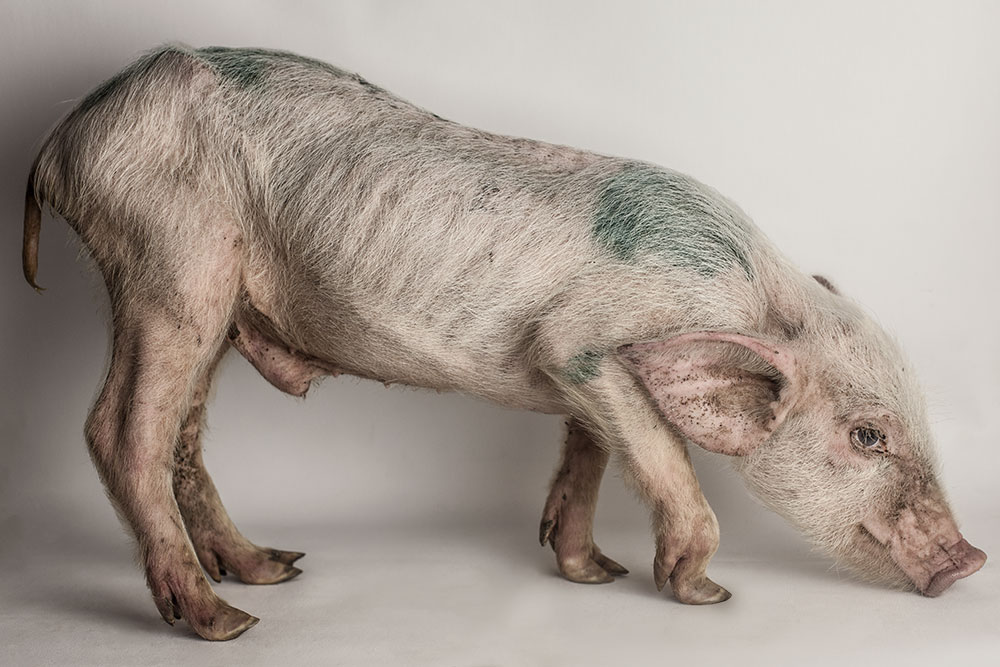